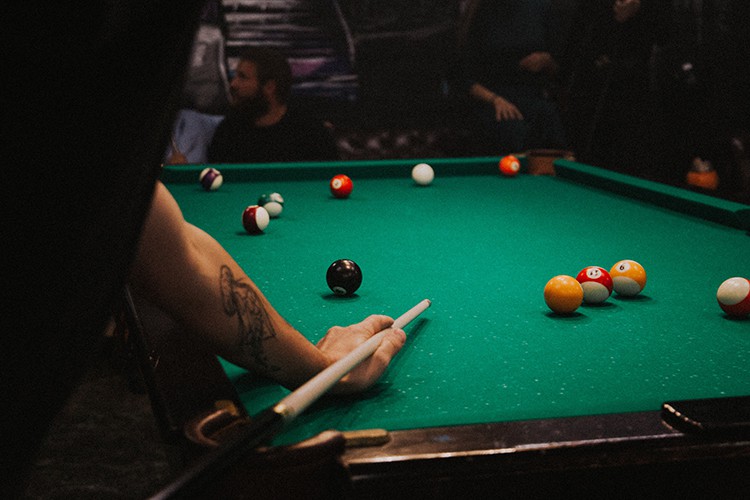 If you have ever been around people who play pool frequently, you’ve probably heard many different game names tossed around. The three most common are 8-ball, 9-ball, and 10-ball. Those with little experience in this world might not know all of the games that exist, never mind the differences that set them apart.

There are a few things that set these three games apart. As the names suggest, the number of balls on the table in each game is one major factor. Also, the rules within each game vary slightly.

Read on to learn more about these differences and what makes each of these games differ from each other. They might look the same in play, but there are definite differences in each pool game.

How is 8-Ball Different?

The game of 8-ball has fourteen balls in total and a singular black ball. This ball is known as the 8-ball, which is where the game gets its name. There is also a cue ball, which is used to hit the other balls towards the holes. Two groups of patterns make up the playing field – solid and striped.

To play 8-ball, you will follow a few simple rules:

These are the rules that make the game of 8-ball distinctive.

The game of 8-ball is what most people think of when they imagine playing pool. Read on to learn about what sets 9-ball and 10-ball apart from this iconic and standard game.

How is 9-Ball Different?

The game of 9-ball is another popular game that is playable on the pool table. Rather than fifteen balls, this game only uses nine. It also makes use of the cue ball for striking the other balls. Eight of the balls are colored, and the nine-ball is striped. All should run numerically from 1-9.

To play 9-ball, you will follow a few simple rules:

These are the rules that make the game of 9-ball distinctive.

The game of 9-ball is a unique way to play pool that not many are familiar with, particularly those who lack experience in this world. This game is more strategic and requires a little more skill than 8-ball does, but both are fun in their ways.

As you can see, 9-ball and 8-ball are very different. Now, we will discuss how 10-ball compares to these two exciting games.

How is 10-Ball Different?

Finally, we arrive at the game of 10-ball. This game shares more in common with 9-ball than 8-ball, but it still has traits that make it unique.

Rather than nine balls, 10-ball uses ten. Nine of these balls are colored, and the tenth one is striped. They should be in numerical order from 1-10. A cue ball is also needed to strike the balls into the pockets.

To play 10-ball, you will follow a few simple rules:

These are the rules that make the game of 10-ball distinctive.

The game of 10-ball is more intense than 8-ball or 9-ball. The necessary declaration of intent adds a level of skill to the activity, unseen in other games. Each builds on the other, using different methods to sink the balls.

As you can see, these games are similar in many ways but also very different. They use balls, cues, and the same table. However, there are key differences that set them apart from each other and allow varying gameplay.

The things that set these games apart from each other include:

All of these set each style of the game apart from each other.

If you want to play a game of pool, you must understand each of these games. They allow for different methods of gameplay that can allow you to have fun with anyone you play with in the future.

Many players are familiar with the different types of pool games, but they don’t know what sets them apart. What sets 8-ball, 9-ball, and 10-ball apart from each other is vital to know. These differentiations are critical if you want to have a better understanding of the game as a whole.

The games are set apart by the number of balls in use, the strategies used, and how the game ends. There are many options for pool, and it is good to be familiar with all of them.