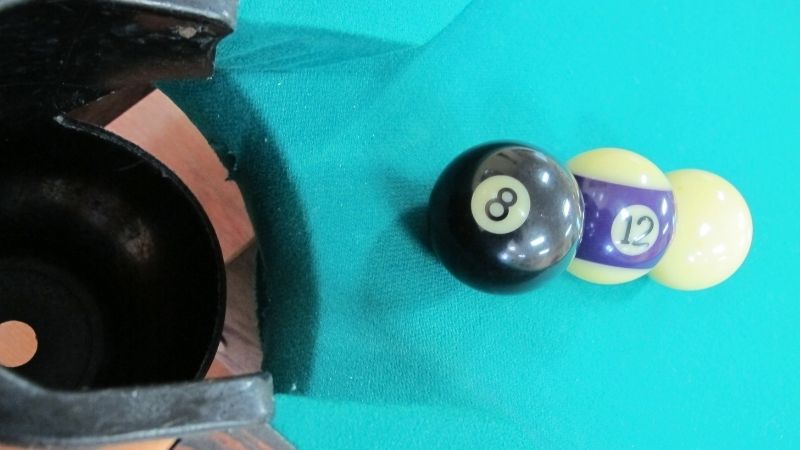 In order for a player to win pool, they have to sink every ball of their category before legally pocketing the 8-ball, but there is a great deal of debate whether you can achieve this off the break.

Generally, most pool games played according to APA or bar rules will assign the breaker the win if the 8 ball goes in on the break. On the other hand, BCA rules require a re-rack or the 8-ball to be spotted. The other key element to this equation is what happens to the cue ball.

This article will detail which rules allow a player to win when they pocket the 8 ball on the break and which will not. We’ll also cover additional rules and circumstances that must occur in order for this to be a legitimate winning scenario.

When Do You Win by Making the 8 Ball on the Break?

Make no mistake, this is a scenario the rarely occurs, and when it does, most players at the table gape their mouths in astonishment at how difficult it is to achieve. That being said, even a rookie on a lucky day could potentially sink the 8 ball on a break. The question is: how do you know if they won?

In order to win a game of 8 Ball Pool by sinking the 8 ball on the break, the players must be adhering to bar rules or American Poolplayers Association (APA) rules that state this is a legal shot. Additionally, the breaker cannot sink the cue ball alongside the 8 ball during the break; if so, you lose according to APA rules, but bar rules might differ on this point.

It is also important to note that no determination can be made during this shot if the breaker is to win upon pocketing the 8 ball (meaning you cannot sink a solid or striped ball as well).

In addition to this, if you foul at any point during your break shot, pocketing the 8 ball will not be considered legal, and you will be forced to re-rack. Breakers should also keep in mind that their break can be deemed illegal if:

If a legal break does not occur, it is considered a foul, and the incoming player may choose whether the table stands or must be re-racked. For this reason, it isn’t wise to base your gameplay on legally sinking the 8 ball on the break since you still have to adhere to the other rules of 8 ball pool, and aiming for this shot could ruin your chances of winning.

As far as official rules are concerned, the most significant exception to all of this is if your game follows Billiard Congress of America (BCA) rules, where you are not permitted to win off of pocketing the 8 ball on a break, regardless of whether a foul occurred. Therefore, this shot will require a re-rack, or the 8 ball must be spotted, and the breaker may continue to shoot. However, if the breaker scratches upon pocketing the 8-ball, their turn is over, and the incoming player can decide to re-rack or spot the 8 ball.

One reason why it is not deemed a legal shot is that 8 Ball Pools rules typically require players to call their shot before taking it unless it is reasonably obvious (and even then, your opponent can still request you call the shot). The opening break is not deemed a “called shot,” and so, pocketing the 8 ball here is not legal by BCA standards.

Because there is a great deal of variation in pool rules, especially if you’re playing by bar rules, it is essential that you and your opponent agree on your game’s rules before the break shot. This will eliminate any conflict if the 8 ball happens to be pocketed on the break, potentially ending the game.

Before we conclude this article, we’d like to state that while it is tempting to win a game of 8 Ball Pool by pocketing the 8 ball on the break, it is highly unlikely to occur and isn’t a great tactic to plan on using every game.

This shot is incredibly difficult, and even a professional won’t be able to make it every time. To even have a chance, you need an extremely tight rack and must break from the far side, hitting the second ball on the rack as full as possible without hitting the front ball to drive the 8 ball into the side pocket. Although you’d like your shots to rely solely on your skill as a player, this one has a decent degree of luck involved, even with the best form and precision.

That being said, it’s important to know the rules regarding this break scenario if it happens to you.