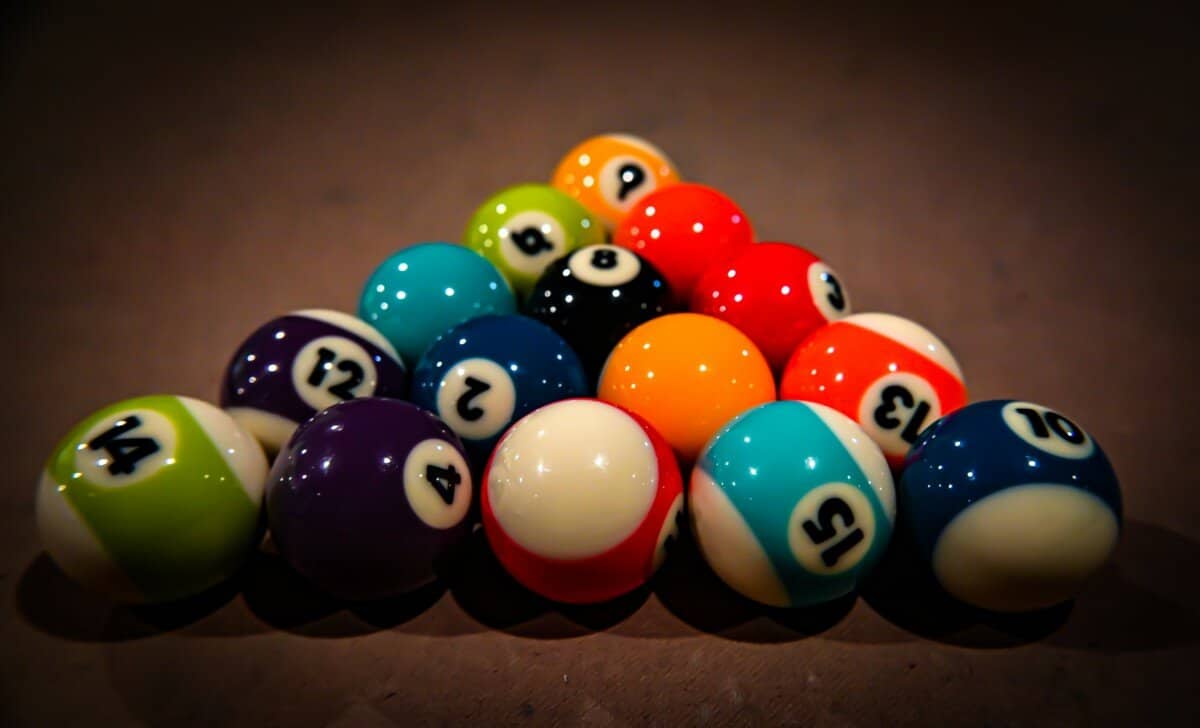 There are dozens of variations of billiards games. If you are new to cue sports, though, you might have only heard of eight-ball. It can be frustrating to know what else you can play, especially when you are just starting out.

If that is you, this list is a perfect tool to learn new fun games and drills that will work for your skill level. Some of these games are more difficult than others and thus will require more skill and knowledge of a pool table. Read through to find out which games are right for you.

If you are trying to upgrade your pool game, 9-ball is a great way to do so. In 9-ball, you are required to strike the balls in order until eventually you can pot the nine. If you make the nine ball, provided you strike the correct ball first, you win the game. Bring on the carom shots and combos!

Play nine-ball with a friend to work on safeties and escapes, or play alone and develop your cue ball control. Learning how to get shape on the next ball you have to hit is an essential part of running a rack.

If you are playing alone, try setting yourself up into difficult positions and experiment with banking and spin to “escape” by hitting the correct ball.

For added pressure, play a race against the “ghost.” This is great for higher ranked players who need to work on running nine-ball racks. Set up a rack, break, and try to run the table. You get ball in hand on your first shot, so think carefully. If you miss, the ghost wins. Try and race the ghost to eight racks.

One pocket is a fun game to play with multiple friends. It will help you think about how the cue ball travels off rails and push you to practice banking and hard cuts.

Fouls in Cribbage Billiards occur when the cue ball does not strike a ball, enters a pocket, leaves the table, or the player does not catch a rail after making contact with either the cue ball or the object ball. In the case of a table scratch, the opponent has the option to take it where it lies or take ball-in-hand anywhere behind the headstring or “kitchen.”

Cribbage Billiards can help you notice two ball patterns and develop an eye for shooting with intention. Playing against a friend will provide that competitive spark and push you to develop your game. If you want to learn more about Cribbage Billiards, check out this link here.

Set your balls up in a grid-like pattern covering half the pool table. Maintain equal distance among the balls. The goal of this game is to shoot the balls into any pocket, in any order, without touching any other ball than the ball potted per shot.

The goal of this exercise is to make shots without curving, jumping, or banking the balls. Players should focus on good shape and easy pacing to avoid the other object balls on the table. Set up two tables with a friend and race to clear the minefield first for added pressure.

If you do race a friend, try not to sacrifice accuracy and pace for speed. The goal is to maintain tight control over the roll and pace of the cue ball.

Check out Venom Trickshots complete the drill flawlessly on his YouTube channel at this link.

This game is similar to minesweeper, but focuses on developing draw and stun shots. Set the balls on the table into a circle in the middle of the table. Begin by placing the cue ball anywhere within the circle. Do not use any jump, masse, or trick shots in this exercise.

You may shoot the balls into any pocket and in any order, but you must not let the cue ball roll outside the circle. You are also not to touch any ball other than the ball you are attempting to pot. This game will force you to fine-tune your draw and stop shots.

This drill is more difficult than you think it might be. Getting out of position just a few inches can turn an easy shot into a very difficult one. See how many you can make before rolling outside of the circle. Then, set goals for improvement.

This game combines the scoring method of bowling with the game of billiards. Each player gets two turns after the break to make as many balls in as possible. If all the balls are made on the first turn, you score that round as a strike. If you miss, mark how many you made before missing and take your second turn.

You can include handicaps like in traditional bowling to even the odds with players of greater or lesser skill. This game will definitely help you improve your shot making and pattern play. Rack the balls into a ten-ball triangle, just like the pins in bowling.

Three-ball drills are simple and easy exercises that help average players learn how to run the table. Take any three object balls and spread them out across the table. Before you start shooting, decide which ball you will shoot first, second, and third, as well as which pockets each ball will enter.

The goal of this exercise is to begin creating patterns. After you have successfully shot three-ball patterns without missing several times in a row, add a fourth ball. See how many balls you can consistently run, but don’t tolerate mistakes. If you miss a shot, set all three back up and try again.

Patterns are very important for developing advanced pool skills. Deciding on eight or nine ball patterns is how professional players can run a rack off the break. Keep at it and soon you will be able to run larger patterns and clear tables without missing a shot.

This very easy game will help beginners develop their shot-making ability. The goal of Any Eight is to make eight balls in the pockets. The first player to pot eight balls wins the game. All fifteen balls are racked just like eight-ball, but there are no restrictions on what balls you can or cannot hit.

If you are just learning how to shoot pool, Any Eight is a great game to start with. When you grow in skill, you can attempt drills that require tougher shot making and control. Until then, Any Eight will help you develop an eye for shots with a high make percentage.

Still hungry for more billiard tips? Check out our giant list of over 50 tips to become a better pool player.